Websites are complex systems, and as a result, you need advanced tools to test them.

Yet too often this complexity turns into an overcomplicated solution.

The truth is, there are no magical tools out there that can remove the overall complexity of testing websites, only ones that pretend to hide it behind bells and whistles.

Tools are too often sold as antidotes to the complex nature of sites, promising to simplify testing to just a few actions.

We can't pretend this complexity doesn't exist, because when you do, you end up with:

How do I know this? I've lived it!

When I first started out, I thought that getting testing right was simply a matter of picking out the right tool for the job. So long as I got that right, I'd find success.

After going through tool after tool and never gaining any real value, I knew something was wrong.

When I finally approached the problem with honesty, instead of searching for a non-existent magic solution, I understood that websites are complex and that's okay. 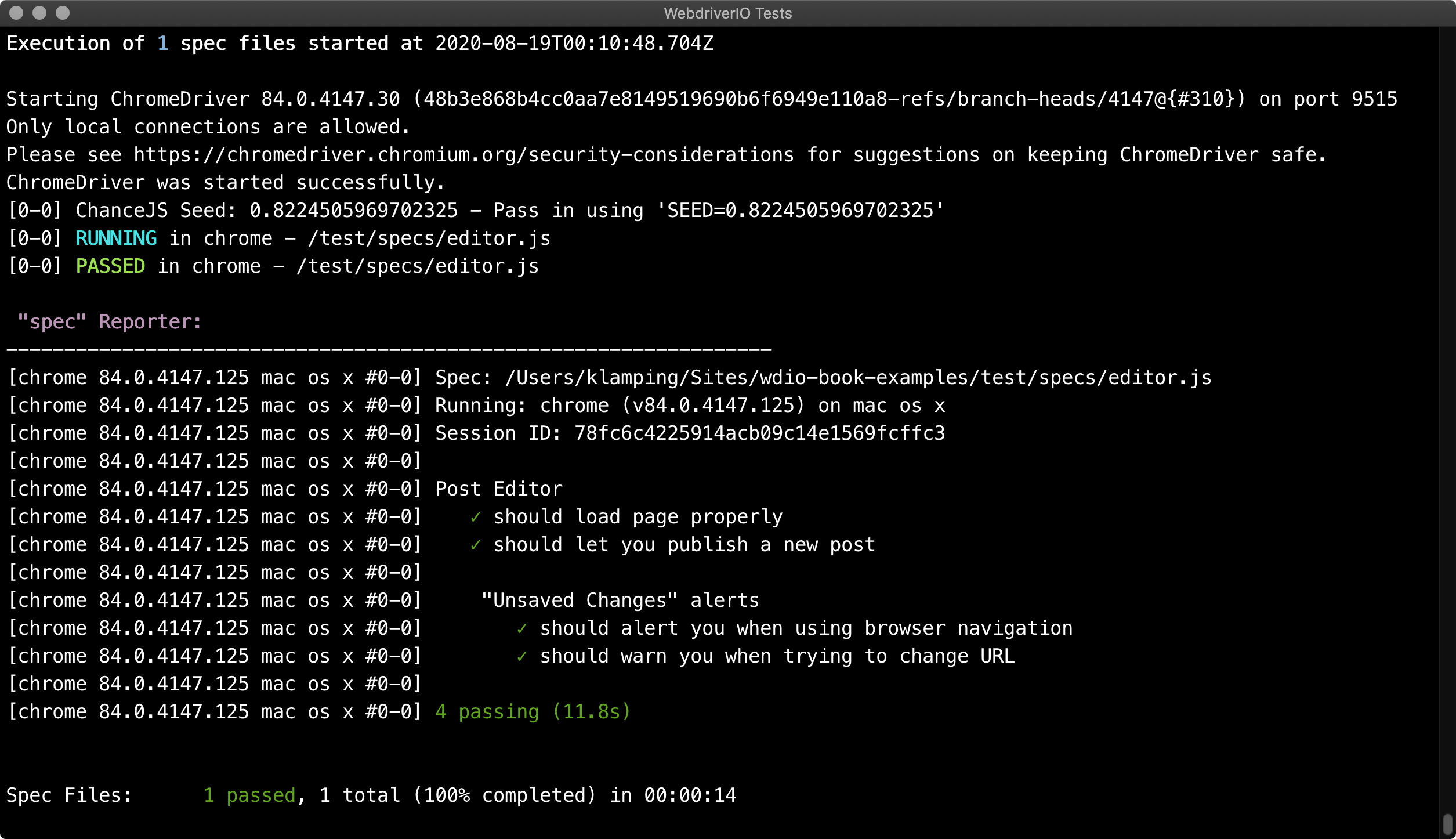 Once you understand that there is no "perfect" tool and that you have to solve the testing puzzle for yourself, you become empowered to make smart choices about where to focus your efforts, instead of trying to do everything all at once.

I used to spend weeks trying to integrate my tests with a third-party tool that promised to make things easier, and all it added was yet another layer of trouble.

And after all this effort, **no one really cared**, because the tests were too fragile and too far removed from the development lifecycle.

When no one cares about the work you do... well, that's a scary place to be!

If someone handed you a screw and told you to join two pieces of wood together, you'd go looking for a screwdriver. While the screw is a simple machine, it still requires a specialized tool and a smart approach.

If you instead grabbed a hammer, that person may look at you a little funny. Sure, the hammer would get the job done, but it would be messy and prone to failure. It's a short-term hack to something that needs a long-term vision.

So why do we look at testing, which should require specialized tools and a smart approach, and think that we can just hammer on a solution that lasts?

After shifting my approach from trying to find a magical tool which doesn't exist, to finding a tool that would allow me to take complex actions in simple ways, I was able to quickly narrow in on a choice: WebdriverIO.

WebdriverIO is the specialized tool I've chosen to take the smart approach to testing.

No, WebdriverIO isn't a magic wand that makes testing easy and fool-proof. Like I said, that just doesn't exist.

It is, however, a full-featured toolset that enables you to quickly write tests in an organized manner that are much easier to update and maintain.

It's like trading in your hammer for a power-drill. The hammer is a great short-term solution, but the drill is there for projects that need a quality approach.

Once I started using WebdriverIO, I felt powerful, capable and most importantly, useful. 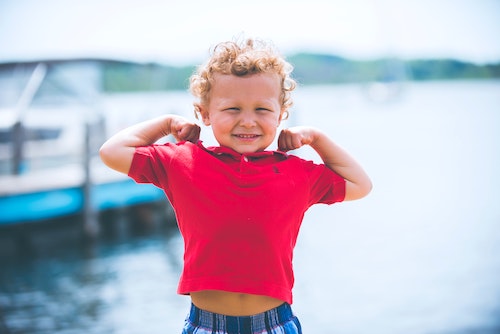 Because of its amazing features and simplicity in design, I started to actually enjoy writing tests.

I knew I still had a lot to learn, but I was confident WebdriverIO would give me the ability to make tests useful.

Once you discover how WebdriverIO simplifies approaches to complex tasks (but doesn't try and hide the complexity), you'll never go back to those old "magic" tools again.

Stop searching for quick answers that over-promise and under-deliver. Let go of the hammer that will never work long term.

You're more than capable of tackling the complexity of testing websites; you just need a little guide to point you in the right direction.

As incredible as I think WebdriverIO is, it's still a complex tool that requires specialized knowledge to take full advantage of.

I spent six months of my job reading through documentation and searching through source code to figure it out.

And while, at the end of those months, I understood WebdriverIO, my boss didn't understand the investment I had made because I still had nothing real to show for it.

I had already run out of time before even starting with the real work.

I knew I loved the tool though, and I didn't want others to face this same reality.

That's why I made this course, to save you time and get you writing useful tests, faster, through real-world example.

For this course, I had three goals:

Let me tell you a secret: This course isn't actually about WebdriverIO.

I could replace everything I say about WebdriverIO with a tool like Cypress and still teach what I want you to know.

That's because this isn't a WebdriverIO course, it's a Web App Testing guide, using WebdriverIO.

Now, I still think it's important to use a good tool, and Cypress is a good tool. I wouldn't replace WebdriverIO with just any test automation framework out there.

But I've chosen WebdriverIO for a specific reason: It allows me to focus on the fundamentals of testing; spending less time on code and more time on crucial testing concepts.

At the end of the day, you've got to have a screwdriver to make use of a screw, but the brand of screwdriver doesn't matter as much. Some brands are better than others, and drills make fast work of the job. WebdriverIO is the brand I chose.

So what's this course about then?

Back in 2017, I spent the year recording screencasts covering WebdriverIO. While I covered the details of the framework quite well (or so I was told), yet I was left with the nagging question of "Is knowing the tool valuable enough?"

Is knowing how to mix colors and hold a paintbrush enough to be able to paint beautiful art?

Does knowing what the addValue command does teach how to write tests that are effective?

I knew that I needed to switch my focus to that second part. Yes, it's important to cover the details of commands and code. More importantly though, we need to see how we can combine all that technology to create a test suite that provides actual value.

In this course, I cover not only what WebdriverIO can do, but also how you'll be using it day-to-day. I've built the examples around real-world scenarios that demonstrate how you would actually set things up. It's not just "what to do," but specifically "how to get there."

It's a real-world guide teaching you the fundamentals of Automated UI testing so you can write maintainable, useful tests. 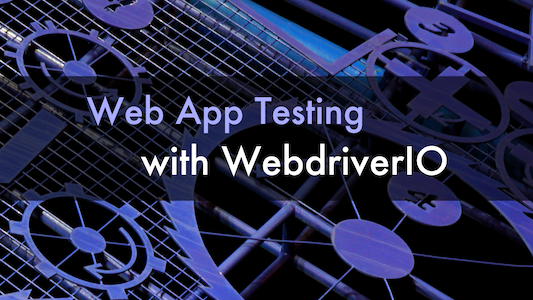 It's taken a bit more work on my part, but I'm very proud of the content. It's not a "crash course" designed to teach you a basic skill in 10 minutes.

It's a guided approach to learning Automated UI Testing in detail, without the fluff.

I promise to save you time and effort by teaching you Web App Testing in the most efficient and effective way I know how.

If you don't find the content valuable for any reason, just email me and I'll refund your money ASAP.

Don't mess around learning alone when you have a full course available at the cost of a few hours of work.

Learn how to become a Test Automation Pro. Bring more value to your work and improve your ability to get things done.

An overview of test automation.

Preparing your environment to get testing.

Learn why the wdio test runner is amazing. 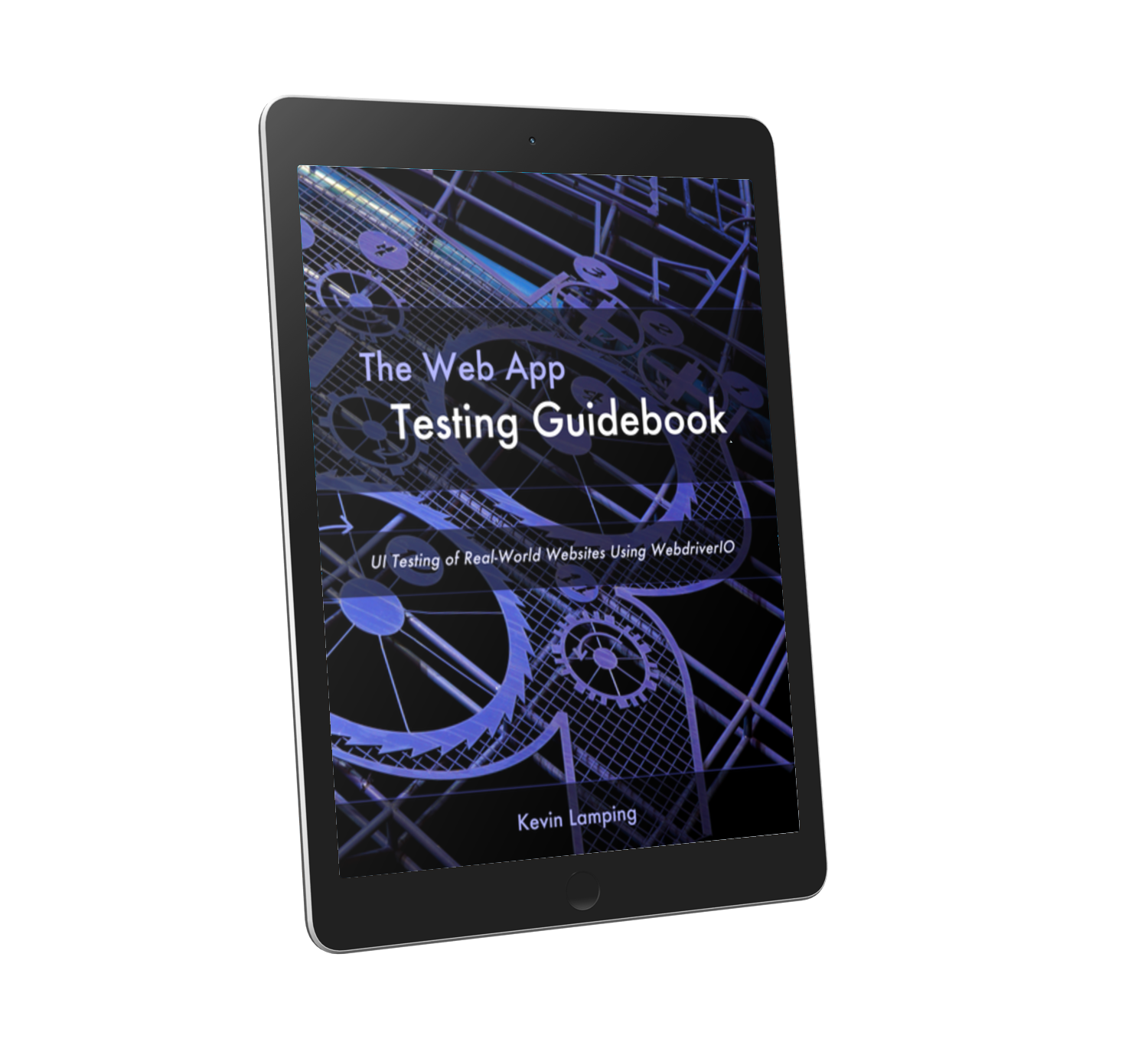 This 250+ page eBook is your companion guide to the course. It covers everything included in the videos, plus extra chapter challenges and additional details.

Also features all the content from the 'Future Modules' sections below.

Selectors of Every Shape and Size

Generating Data for Testing via APIs

Choose the Package that Best Fits Your Needs:

* This course is in early access. 9 videos are available right now. Remaining Module 3 videos will become available by July 2021. 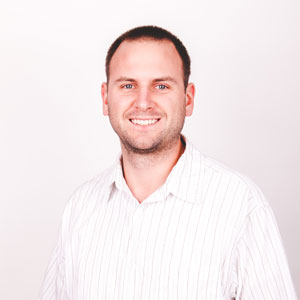 Kevin is a Front-end Engineer and Tester with over 14 years of industry experience. He has a popular YouTube Tutorial Channel covering Front-end Testing, and is an Author, Presenter and Mentor.

In his free-time, when he's not chasing after playing with his kids, Kevin can be found out in his garden, playing tabletop board games, or throwing discs at his local disc golf course.

Here's what folks had to say about my previous WebdriverIO course:

“I really enjoyed going through all videos, they are awesome and explain the concepts of WebdriverIO really well.”

“Bang on the money in terms of content as no one else seems to be doing a course like this on the net; trust me I've looked.”

Amazing job @klamping for creating such an awesome online learning course for @webdriverio! Check it out: https://t.co/A9gnWjhanH 🍻#cheers https://t.co/vsniFNbD5q

I'm learning @webdriverio and @cucumberbdd! Join along! 👉 https://t.co/Caxuw95HRo
This is a must-watch videos to help you with UI testing with WebDriverIO

"One of the best courses on WebdriverIO and getting started with NodeJS testing." -

"Very good course on WebdriverIO. I enjoyed the pace of the videos. All the fluff is cut out unlike 90% of the Selenium courses on Udemy."

"Not gonna lie, this is by far the best web automation course I've taken (...and I've participated in lots of Selenium-esque courses)"

"Great course. Really simple to follow. Can't wait for the next chapters!"

When will the "Future Modules" be ready?

Unfortunately, I can't give you a solid date on this. With other priorities in my life (e.g., my kids), it's impossible to set a specific timeframe. My goal is to have a majority of the content complete by the end of the year, but again, no promises.

Will the "Future Modules" be part of the "Starter Course"?

No, the content in the "Future Modules" section will be add-ons available for purchase at a later date. If you purchase either "Starter" or "Mentorship" package, you will recieve a large discount on the price.

What prerequisites are there to this course?

If you're new to JavaScript, check out this free course to get started.

If you haven't worked with the command line before, here's another free course on the subject.

I'm a front-end dev. Is this course for me?

Absolutely. WebdriverIO is a perfect fit for anyone with a little bit of JavaScript knowledge looking to improve their skills through automated testing.

Are you available for online or in-person consulting?

Yep! Reach out to me on CodeMentor.io for more details.

Are the videos DRM free?

Absolutely. I trust you! There was that one jerk who stole my previous course content and uploaded it to a sketchy site, but the vast majority of y'all are good people and I won't punish you because there are jerks out there.

The course is hosted through thinkific.com, which is where you'll be able to access all the content indefinitely.

Is there a student discount available?

Definitely! Just send me an e-mail and I'll reply with a discount code.

What shell/terminal are you using in the videos??

Check out my personal "Uses" page for the info.

If you feel like the content isn't what you were expecting, I will have a "No Questions Asked" full refund policy for up to 30 days after purchase.

Have a question I didn't answer? Reach out and let me know!

Have a question? Email me!